Using the mind we can control so much of ourselves. Subconciously we control everything within our bodies such as breathing, moving blood around, generating energy and using it, creating skin and repairing self among lots of other things.

How about when we choose to control some of the subconsious things in life. For example while swimming, we control our breathing so we don’t swallow water and drown ourselves.

What if we took control of other things like healing – I don’t think it will be simple but think its viable to do. Our mind knows how to heal the body – its been doing it automatically in the background – but what if we give it a priority. Is it possable – I Think it is and hope to procede further with it.

Many years ago at school (in the early 1990’s) I learned that I could lower my temperature in my hands and feet by thought. It took concentration, and trying to quieten everything around me so that I could cool down.

I understood that when blood circulation is slowed down, the body wasn’t working as hard and didn’t produce the heat that kept the body warm. I’m not sure if its true that but in my mind it conciously logically made sense and seemed to cool my hands and feet down.

That was an experiment in life, I just wondered if it was true – it is very useful in a hot summer as some people can say my hands are freezing sometimes while its boiling hot everywhere.

It didn’t work right away, and took weeks of trying with an active imagination of what if, and then it worked.. Small problem is it takes ages for them to warm up again – I’ve not quite worked the reverse out yet and its over 15 years since I learned it.

I sometimes think about the existance of us all. Why we exist and what is existance – Are we existing because we are a person, or people or is it the mind that is what we are?

Are we just a mixture of memories moulded from time spent with other people or alone – mixed experiences or did we have something before that? Something we liked, enjoyed, hated. Did we have habits pre-programmed into us that create who we are or help when mixed with an upbringing.

Is it just that – an upbringing – we are the people that other people made us – we had no before, we were born and then people and things around us made us who we are…

Is existance being a person – a body here for the world to see in general. When people are in accidents and loose a limb are they less of a person in existance terms – a question to ask yourself

Do we exist only when in this world or is there other levels of existance. Often i’ve seen that people say they’re is a higher state of existance – usually in a medatative state where the body is not where life is but where the mind is focused instead. 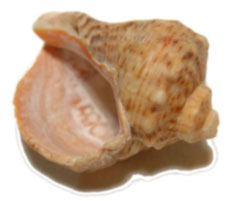 When I consider who I am, I think of myself not just as a body, a person but a mind within a body. The body is the shell that protects and holds our mind and allows us to interact with others on this plane of existance.

I believe we are on a journey and life, this existance within a body is one level that we procede through at one point in our journey. I believe that life has always existed and we did before here in this body and will continue well after.

The mind/soul does not require the body to exist but may require it to process information on this level and interact within this existance.

Helping myself and friends out of debt… an idea. Can we raise money sponsor wise etc to help support ourselves to pay for past education and time as a student that has got many of us in debt.

I’ve a variety of ideas and found loads of sites to help fund raise but most require a few of us to do them. My plan would be to try and get 4 to 5 people together or more to do this. We run a variety of events and the profits split between us to pay for studenthood and past debts to try and clear an overhead that is over so many of us.

We’ve all heard of “debt” agencies but who here would like to get rid of Credit cards, overdrafts, loans etc. I rekon that if we worked together we could probably make quite a difference – but working together is something thats always been hard for people in general.

Anyone know who would be interested? I have a few people in mind, some of which I know reads here.

I read about these a while back and got some in. They are meant to be good for giving energy, and high in anti-oxidents and high in vitamins. They taste like raisens mixed with cranberry, and look like a bright red dried raison.

When I first tried them I didn’t really like them but then mixed them in smoothies and they added a different flavour. Recently I started trying them on their own and really like them and often have them as a snack food now – they are very low in fat and the wierd taste is nice but something to get used too.

I don’t know if I believe the idea that they are excellent for you and althou many supermarkets are now stocking them I believe that IF they were always such an excellent source for all these vitamins etc they would have been shipped many years ago like bananas, apples and oranges.

All in all, I quite like them. They taste even odder if soaked in water for 20 minutes – they become kinda oval shaped and apparently are good in curries – i’ve not tried it – I didn’t like them absorbed in water. Ever thought of putting raisons in water… before writting this I had not… maybe something to try – to see what happens.

I often go for a walk, run, ride on my own – It was odd the first few times I did it alone… I rang friends up and talked what probably looked to myself but could hear and talk to people while I walked. I didn’t realise how far or not I was going just because someone else was there or while speaking felt like someone was there.

I discovered that prayer – talking to God became something I had time for – I know it sounds bad but its also so true that its often hard to find time for God. When you do you seem to have more time for it all which is odd but nice.

While walking I am getting some exercise done aswell as getting somewhere – I often go to a park, sit, rest in the glory of nature or write, and draw. A time of real freedom where you accept the world around as one large plan of existance and see so much in a motion that doesn’t need to be explained as it just is.

Over the past few weeks I’ve heard, like many people, about the Expenses of MPs and what they’ve apparently gotten away with. Just google it, to see more about it.

I asked myself why and thought about it – They are representing the people – they have done what many, maybe not all, their represented people have done at least once in their past.

How many people are scamming the benefits people, have applied for something that they didn’t think they qualified but went for it anyway. Taken discounts at place that they knew they didn’t qualify for but thought they’d try it to see just if…

I think its daft and wrong for some of the things they’ve put in for, but someone had to sign off on them for them to be accepted. I don’t agree what many have done, but do see they have represented the people as the people have acted…

I have decided that over the next few months I am trying to loose some weight and get fitter aswell. I started “thinking” about it last year but just didn’t do anything until about mid January unless you count the dance thing which does help but was intended as a fun thing rather than a specific fitness thing.

I will be trying a few different things over the next few months in the hope that I be fit enough to try events at the end of summer. I’ve seen things I would love to say I was a part of but at the moment in no fit way to do and instead of just thinking I’m doing.

I intend to change what I eat if I can, aswell as increase exercise. I read you should do at least 30 mins exercise a day as an adult – preferably exercise that gets you warm, and a little out of breath. I know its going to be hard work but hopefully over time it will benefit me – i.e. I wont be out of breath so quickly and easily.

I don’t really know why but I have always loved looking at the moon when its a full moon. I feel a wierd kind of peace surrounding everything and a calmness of just accepting it as real.

Dates of some in the UK coming up:

Just if your wanting to view and all 🙂